A small tribute to the wisest man I’ve ever known 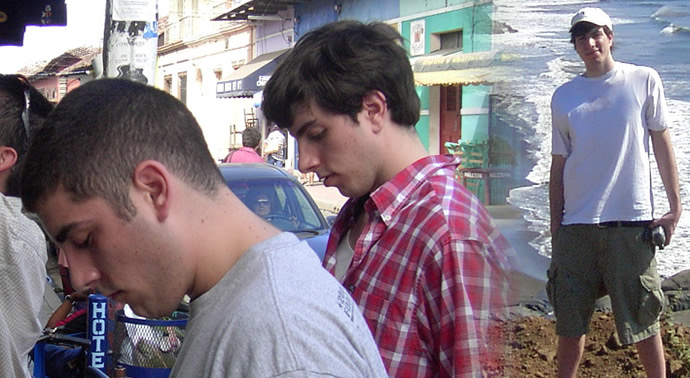 The fate of the people does not shield itself in the illusion of prestige and status, or under the false pretenses of democracy and “freedom”, or even in the deep seeded emotions of love and affection we hold so dearly.  The ultimate salvation of society lies in the actions and ideas of its people uniting as one, using the unreal power and beauty of the mind to enter the planet into a state of complete unending nirvana.

First and foremost our family would like to thank all of you for your support, kind words, and for being here with us today.

Tim was truly wise beyond his years, I always envied his calmness and wisdom in the roughest of times. Somehow whenever I felt I couldn’t handle a situation, he knew exactly how to make a lesson out of it. Sometimes I felt nobody could understand, somehow Tim always could. He had a way of articulating the most complex of topics, by analyzing symbols and meaning, life, reality, perception and existence, always researching, always searching to discover more, constantly opening my eyes to what can’t be seen.

He would have epiphanies where he’d get so excited about a decision he’d made or something he’d discovered that he’d sit me down to explain as if he’d found the key to the universe. What I realized later is that piece by piece, thats exactly what he was doing.

We’ll miss his countless catchphrases, nicknames and dances, his relentless determination to achieve whatever he set his mind on doing, his outbursts of laughter, how he had a hysterical way of, as he put it, not having a care in the world. We’ll miss his genius, his ability to recognize the importance of a situation as it was happening, and certainly we’ll never forget his extraordinary sense of humor.

His life, mind and being were so intricate and beautiful they deserve more than anything I could say. I find a great deal of peace in seeing how many lives my brother touched, and by knowing how much love and serenity he’s experiencing at this moment.

Found in deep thought
Where silence is golden
I float above the treetops
Where the warmth of my light can blanket the universe.

“You can find all the happiness you need within yourself.”

“The things we can see are the least real.”