Tim and I often consulted about the asymmetrical balance between living, wealth, contentment, commitment, education, and the way of life. Both college students, Tim would assess my papers, proof and reiterate nearly 50% of it practically having to include him in my work-cited page. Although sharp and humbled, it seemed unclear to Tim what the next step in a less traveled life really was. Tim knew life didn’t come with a template, no set tutorial on how to land your meal ticket, just qualified submissions merely aimed as a suggestion. Tim and I sought out plenty of suggestions.

In 2006, I landed Tim an interview at Cartus as a Client Services Consultant, which he later would decline the job offer to pursue a higher learning at Uconn Waterbury. Tim constantly had crafty convictions on how to make ends meet. For long Tim tried recruiting me for his Internet discoveries; ideologies on ways to make money from your personal computer. Tim and I initiated ways to analyze life in new light as it affected us daily. Whether it was deliberations about prior narrative and incidences from the golfing green of his Winterwood Road Southbury residence or just plain old-fashioned bullshitting from his Washington Ave. Waterbury Apartment listening to instrumentals. Tim during that time to me was a cognitive life animated whiz kid who took pleasure in rhyming on 808’s in his spare time.

Tim was happily beyond happy, constantly doing his own thing and not having to adhere to guidelines prepared by life’s made-up professionals. To me Tim’s glass was half full on a table that was half sturdy. An opportunist that believed people were generally better off disregarding a format and living life freehandedly, opposing society’s purposed equilibrium that eventually makes things worse. Tim and I had countless discussions, but it wasn’t our discussions that I praise him for most.

Tim was an opportunist that eventually gave opportunity. In 2001 I experienced every youths nightmare and was relocated to Southbury, CT my sophomore year in high school, a town that exiles you from being slightly dissimilar from everybody else. What started as a snood comment in passing at Pomperaug, the name “Eastcoast” became my legacy, but more importantly my acceptance. What was originally uttered by Tim Napoli became the foundation of my new life.

From parents, teachers, coaches, friends, managers, and the entire student body, the name escaladed from getting under my skin, to my new skin. Instead of being the new student with the sideways New Era fitted sitting alone at a lunch table, I finally had a name for myself. It wasn’t mine, but it wasn’t not anymore. Being Eastcoast made things easier than just being Robert Faulkner.

I had friends, I had football, I had fun, and twenty times the total number of people that knew me by the name Eastcoast than that of Robert. So for what it’s worth, Tim came up with a way for me to excel, a nickname that still precedes me today and has made my life so much easier in arguably the most significant transition of my life. Tim in all sincerity granted me an opportunity of a lifetime. 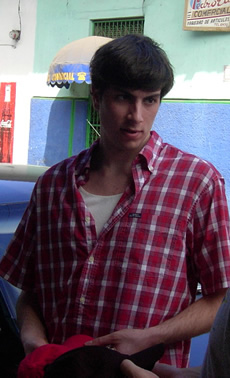 “The things we can see are the least real.”